Whether it’s automatically tagging friends in our Facebook photos or “live filters” on Snapchat, facial recognition is increasingly becoming a large part of our everyday lives. Adding facial recognition to software in the past was extremely challenging, however. Now, though, Microsoft Cognitive Services makes it as easy as a few lines of code—for free. Whether […] On June 1, Apple started enforcing a new policy whereby all iOS applications must support IPv6-only network services in iOS 9. While Apple states that most apps will not need to be changed or updated, your app may be using a few libraries that need to be updated before you submit your next update. Issues […] Wallace B. (Wally) McClure: Golfing for the Peyback Foundation and Children’s Hospital – Results

The Results of the Morning and Afternoon Rounds: 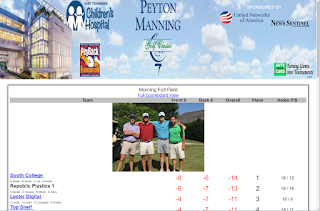 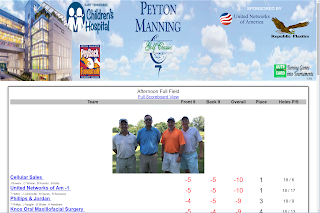 We had a long and winding day on Monday.  We went and scored the Morning and Afternoon portions of the Children’s Hospital – Peyback Foundation Charity Golf Tournament.  Each portion was flighted.  Pictures were taken of each team while on the course.  The pictures were immediately uploaded to the scoring system for display on the scoreboard.  The flighting of each portion was performed by the application.  As each portion finished, the teams were placed into each flight.  Each team’s scores were shown in the flight as well as the team pictures.

The scoring system is hosted in Azure.  The picture upload is done via an iPhone application written in C#/Xamarin.

I learned a few new things that I will work on and resolve the next time around.

Jesse Liberty: Navigate and then send data back with Xamarin.Forms and MVVM Light

…By Jesse Liberty & Eric Grover The Challenge Navigate to a second page, present an Editor (multi-line entry) and then send the data back to the original page (and navigate back at the same time). MVVM Light Technology To make … Continue reading →
END_OF_DOCUMENT_TOKEN_TO_BE_REPLACED
June 19, 2016Leave a commentXamarin Community BloggersBy David Silverlight

This week on the Xamarin Podcast, Pierce and I cover everything you need to know as a mobile developer from Apple’s WWDC 2016, including new additions and upgrades to iOS, macOS, watchOS, and tvOS. Subscribe or Download Today Knowing the latest in .NET, C#, and Xamarin is easier than ever with the Xamarin Podcast! The Xamarin […]

Greg Shackles: Alexa, Is My Infrastructure on Fire?

I recently broke down and purchased an Amazon Echo after hearing enough good things about it, and also seeing how straightforward it looked to develop for it. It’s no secret that I’m a big fan of Datadog, so naturally I felt like I needed to mix the two. I’ve previously covered exposing Datadog metrics through Hubot, so I figured I’d try to do something similar for the Echo.

I decided to create and host the skill through an AWS Lambda function which made it really easy to get started and deploy. There’s plenty of documentation around on creating skills in Lambda so I won’t really get into that part here. I also went with the Serverless framework to simplify the development and deployment processes, but that’s not actually too important to the implementation here. Ultimately it’s just a simple Lambda function tied to an Alexa skill.

At present, it exposes the current CPU levels of any hosts in your account. For example, saying:

will result in a response along the lines of:

Here are the current CPU loads. Gregs MacBook Pro is at 7%. Gregs iMac is at 4%

I think that’s pretty awesome, so let’s take a look at how to implement it.

First we need to definte the skill’s interaction model in Amazon’s developer console.

The intent schema is the primary manifest of what your skill can do, and how users will interact with it. For this skill we’ll keep it simple and just expose a single intent for querying:

Eventually it would be great to build this out further and make the skill more conversational and interesting, but this is a sufficient starting point.

In the intent schema you may have noticed the QUERY_LIST type, so now we need to actually define that. This is a custom slot that defines a list of the types of queries we can do. For now it will just contain a single value:

This provides a nice place to expose more formal query types as the skill gets extended.

Finally, we need to give Amazon a list of sample utterances for the skill in order to teach it how each intent can be interacted with. We’ll give it a few different ways to be invoked:

With all that configuration out of the way, let’s look at the code involved in implementing the skill. Just like in that Hubot plugin I created, we’ll leverage the dogapi package to query the Datadog API. I’ll only include the interesting bits in this post, but the full sample can be found on GitHub.

First, let’s build out a function to query CPU values from Datadog:

Here I’m making use of bluebird, which is a great Promise library that comes with a lot of useful functionality, on top of being very performant. I definitely recommend using this as a replacement for native Promises when working with AWS Lambda functions, as it performs much better and has a significantly lower memory footprint.

There’s not too much to the implementation here. It goes out to Datadog, grabs the latest CPU reading for each host, and then does a little processing on the host name to make it more speech-friendly.

When a request comes in for the QueryIntent we defined earlier in the schema, we’ll need to process that. Here’s an example of the type of data that will come in with our intent:

Based on that, we can easily implement a function to pull the query value out of the intent and sent it over to Datadog:

Most of that code is around validation and parsing. Once it gets a list of CPU readings it turns them into something readable and forms a spoken response based on them. The buildSpeechletResponse function referenced here is a simple helper method that formats things the way the Alexa API expects them. The code for that method can be found in the helpers file. If we get a query value other than CPU we simply respond saying that we don’t understand that query.

The true at the end of the buildSpeechletResponse signature denotes that each response will end the session with the user. In a more interesting implementation you can imagine keeping the session open and making things more conversational, but for now we’ll keep things as a single operation.

Finally, we need to tie it all together and process the incoming request to our Lambda function:

When a request comes in, we initialize dogapi with our API and app keys, and process the intent. You can specify your own keys by adding them as Serverless variables, such as through the _meta/variables/s-variables-dev.json file, in this format:

That’s it! The full source for this sample is available on GitHub. It may look like a lot but really it’s very simple to set up Alexa skills, especially when you use AWS Lambda to define them. With just a few lines of code and configuration you can add interactive speech-driven APIs to anything.

Alexa, is that cool or what?