Performance is a huge and important topic, so one episode just wasn’t enough. In this episode we talk to Harry Cheung about the performance tests he’s been running to see just how all these different mobile app development approaches perform when it comes to raw computation.

Raygun.io – Exceptional Error Tracking
Raygun.io is the fastest and easiest way to track your application’s errors and get the level of detail you need to fix crashes quickly. Notifications are delivered right to your inbox and presented on a beautiful dashboard. Johan Karlsson: Connecting to Android Player using VS and Parallels

This is a short guide for how to connect to Android Player in case you’re using Visual Studio in Windows through Parallels. I use to do this in a way more complicated manor before I realized that it’s just this simple. Looking ahead, In VS 2015, Microsofts gives us an x86/hyper-V Android emulator that looks great. But for now, this works the best.

Fire up Android Player (or any other emulator of your choice that runs Android) in OS X and get the address to the emulator. Click on the settings cog and note the IP Address. 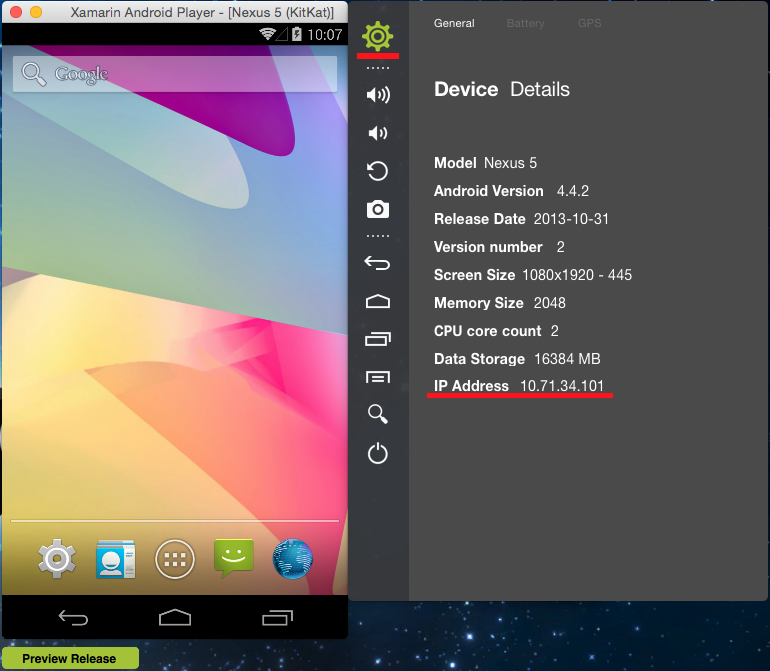 Connect to the emulator

In Windows, open your project in Visual Studio and hit Tools -> Android -> Android Adb Command Prompt. Write adb connect [the IP address] and you should then be connected to your emulator like in the image below.

You should now see your device in Visual Studio!

Of course, things can go wrong. The issues I’ve encountered are these.
1) I had to disable my wireless network while connected to the local wired network. Surely this is a configuration issue that I just haven’t bothered with yet.
2) The emulator doesn’t show up. Restart Visual Studio.
3) You have to reconnect each time your Mac goes to sleep…
4) Firewalls… Make sure port 5555 is open for TCP from Windows to OS X.
END_OF_DOCUMENT_TOKEN_TO_BE_REPLACED
March 29, 2015Android, Xamarin Community BloggersBy David Silverlight Recently I’ve been giving some talks on building context-aware apps with beacons, so I just wanted to quickly publish my content around that in one place. If it’s not immediately obvious, I think beacons and context-based technologies are seriously awesome. 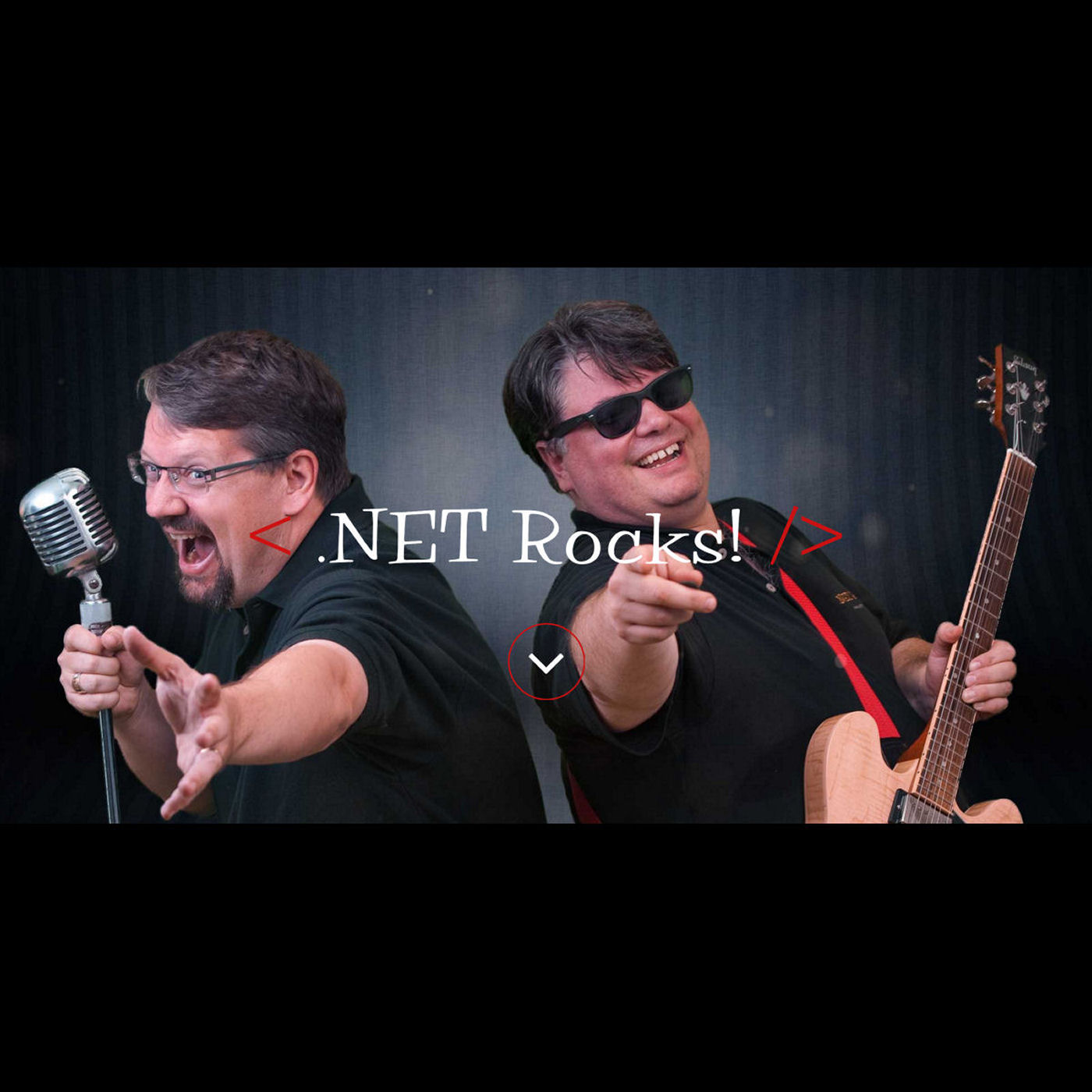 First, Carl and Richard were nice enough to invite me back on .NET Rocks! to talk about this stuff as well. You can find that episode over on their site, or in any of the usual places you subscribe to podcasts.

Here are the slides from my talk at my NYC Mobile .NET Developers Group:

The sample app used as part of that talk can be found on my GitHub page, which is a super basic scavenger hunt type app for iOS and Android.

Hopefully some of this helps inspire you to try out this stuff if you haven’t already, and start building awesome apps!

In my previous post I explained how to decouple individual views and why that is a good idea. In this post I will take that idea further and explain how to use this concept in more advanced UX scenarios involving multi-screen sequences.

As a summary, the benefits of decoupling views are increased flexibility and allowing for more code reuse. For instance, a particular type of view may be used in multiple parts of your application in slightly different scenarios. If that view makes assumptions about where it fits within the whole app then it would be difficult to reuse that view in a different part of the app.

Still, at some level in your application you need to build in some kind of knowledge of which view is next. In the last post I gave a basic example where that knowledge lived in the Application class. There are many situations in which the Application class may be the best place for this kind of app-wide navigation logic, but some situations are more advanced and require a more sophisticated technique.

For example, it is also common to have a series of views within an app that always go together, but that sequence as a whole may be launched from different parts of the application. On iOS this kind of reusable sequence of views can be represented in a Storyboard1, but we can achieve the same result in code.

As an example let’s consider a sequence of views for posting a picture to a social network:

At any point during this process the user should also have the option to cancel, which should return the user back to where he started.

Here are some questions to consider when implementing this UX flow:

The first two questions are about code reuse, which is one of our goals. We want to avoid both having these individual screens duplicate code to accomplish the same thing, and we also want to avoid duplication of code from elsewhere in our app. The last question is about how we can decouple this code itself from the act of using the results of the sequence (i.e., the picture and the comment). This is important because each part of the app that might use this probably has to do slightly different things with the results.

As per my last post, each of these views should be written to be agnostic about how it’s used. There may be yet another part of the application that allows for editing a comment on an existing post, and you probably want to reuse the same view (#3) for that use case. Therefore you shouldn’t make any assumptions when implementing that view about how it will be used.

To accomplish this each view could be written with events for getting the results. Their APIs might look like this:

Now that we have our building blocks we need to put it all together. To do that we will create a new class that represents the whole sequence. This new class doesn’t need to be a view itself. Instead, it is just an object that manages the sequence. It will be responsible for creating each page as needed, putting them on the screen, and combining the results. Its public API might look like this:

Notice that in this case I’ve chosen to simplify the API by using a Task<T> instead of multiple events. This plays nicely with C#’s async/await feature. I could have done the same with each of the individual views as well, but I wanted to show both approaches. Here is an example of how this API could be used:

Of course you could have similar code elsewhere in the app, but what you do with the results would be different. That satisfies our requirements of flexibility and avoiding code duplication.

Now let’s look at how you would actually implement the sequence:

Let’s summarize what this class does:

Now we can easily show this whole sequence of views from anywhere in our app with just a single line of code. If we later decide to tweak the order of the views (maybe we decide to ask for the comment first for some reason) then we don’t have to change any of those places in the app that invoke this sequence. We just have to change this one class. Likewise, if we decide that we don’t want a modal view and instead we want to reuse an existing NavigationPage then we just touch this one class. That’s because all of the navigation calls for this whole sequence (presenting the modal navigation page, pushing views, and popping the modal) are in a single, cohesive class.

This technique can be used for any self-contained sequence of views within an application, including the app as a whole if you wanted. You can also compose these sequences if needed (that is, one sequence could reuse another sequence as part of its implementation). This is a powerful pattern for keeping code decoupled and cohesive. Anytime you find yourself wanting to put a call to PushAsync or PushModalAsync (or the equivalent on other platforms) within a view itself you should stop and think about how you could restructure that code to keep all of the navigation in one place.

Daniel Hindrikes: Get started with Xamarin.Forms for Windows